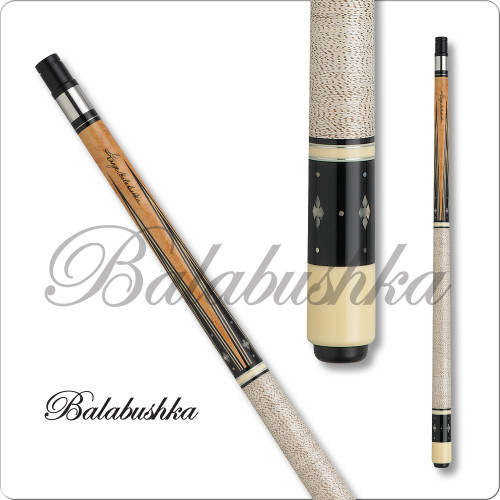 The Balabushka GB22 pool cue is built in a unique joint effort between the family of the late cue master, George Balabushka, and the superb manufacturing abilities of Richard Helmstetter – together, they assembled as much information about Balabushka’s ideas on cue design, structure, material and philosophy as possible. In the spirit of George Balabushka, the Balabushka Cue Company, LLC promises to maintain that level of excellence.